“Invisible: The Forgotten Story of the Black Woman Lawyer Who Took Down America’s Most Powerful Mobster” by Stephen L. Carter 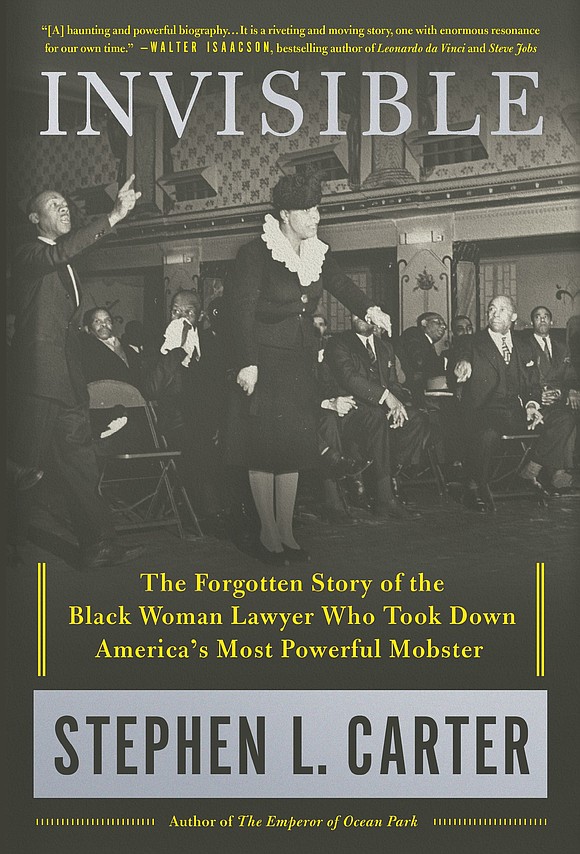 You raise your hand higher so you don’t go unnoticed. You speak up, so you aren’t overlooked. It’s a natural human need: pay attention, here I am, look this way, see me. For some, it’s easy to get recognition; for others – as in the new book “Invisible” by Stephen L. Carter – years later, it still doesn’t arrive. 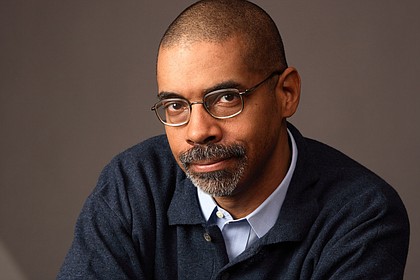 Eunice Hunton was eight years old when she told a little playmate that she wanted to be a lawyer someday. That wasn’t too far-fetched – both her parents were successful, educated activists for “the darker nation” – but it was unlikely, since just a handful of “Negroes” were lawyers in 1907, and even fewer were women.

Her mother believed that raising a family was a woman’s highest achievement but as an adult, Eunice would have none of that. She did her duty, marrying a Harlem dentist and bearing a son, but when faced with the possibility of a lifetime as a socialite, she couldn’t bear the thought. Mindful of her childhood dream, she enrolled at Fordham Law School in the fall of 1927.

From tailor-made suits to lawsuits was an amazing “reinvention,” but not one without sacrifice, including an eventual estrangement with her son and a strained marriage. Still, for her, the hardship must’ve been worth it, especially when, soon after graduation from law school and becoming politically active, she was asked to be one of twenty lawyers (and the only woman) appointed to work with attorney Thomas Dewey to end the hold that the Mob had on New York City.

For quite some time, New Yorkers had been complaining about prostitution in their neighborhoods, and as the only woman on-staff, it fell to Eunice to deal with those everyday citizens. Says Carter, the menial job was probably meant to discourage her but instead, she “mined the stacks of citizen’s complaints… and she found gold” in the form of a crooked line of corruption, pay-offs, and a Mobster who quietly controlled it all. In the end, Eunice “knew she had the makings of a case. The question was whether anyone would believe her.”

That, of course, is not the end of this story; Eunice Hunton Carter was a relatively young woman when she helped take down Mobster Lucky Luciano and she later went on to enjoy brief fame for what amounted to a second career in politics. Here, though, author Stephen L. Carter – who was Eunice’s grandson – also recounts heartaches she endured, her frustrations as an ambitious Black woman in Jim Crow America, and personal stories that show what made Eunice who she was. What she accomplished was astounding, but it’s that latter that makes this book lively and touchable, as though we’ve been invited to sit at someone’s grand family table.

History is filled with legions of people who affected lives but never got properly lauded for it. For one woman, “Invisible” changes that and more, and if you’re looking for a sink-your-teeth-in book, here it is.