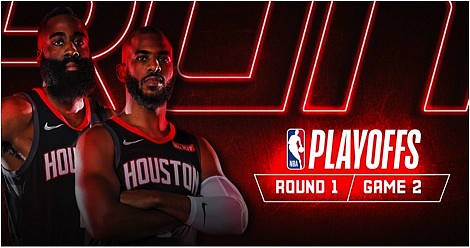 “Never let a mistake become a problem. Correct the mistake and you will solve the problem,” is what my late Pastor Steve Crampton from Bissonnet Baptist Church use to tell me all the time. The Rockets learned from their mistake they made last year in a game 2 loss and took care of business this year by defeating the Utah Jazz 118 – 98.

In front of a sellout home crowd of (18,055), the Houston Rockets used a furious first quarter scoring barrage of 39 points to take a commanding 2-0 lead against the Utah Jazz to shift the series back to Salt Lake City, Utah for Game 3. Houston led by as much as 20 points and reigning 2018 MVP James Harden was as the young people like to call it, in his “Bag,” with 17 first quarter points. That along with great defense led to the Rockets going up by 26 points at the half (70-44) and never looking back. 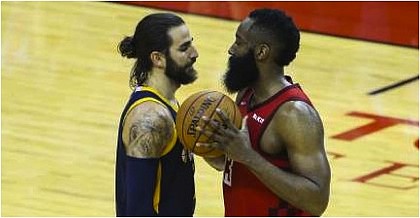 “When you play a good team like the Jazz and hold them under 100 points in both games, the series starts now. You have to go on the road and keep that same energy and intensity, especially on the defensive end. We have been a great offensive team all year, but I think defensively we are locked in, said Harden who finished the game with 32 points, 13 rebounds, and 10 assists. His third triple-double of his playoff career.

Houston hit a total of 17 three pointers while holding the Jazz to only eight for the entire game. It is the second game in a row where the Rockets have held Utah to under 30% from long range (26% game 1 and 21% game 2) and they are shooting 23.1% for the series. Jazz guard Donovan Mitchell has been very inefficient. Something that Utah cannot afford for him to be if they want to advance to the next round. He has only hit 12 of 37 shots and has scored a combined 30 points in two games.

“We didn’t show up. Simply put. And that can’t happen,” said Mitchell.

One unsung hero for the Rockets in this series has been forward P.J. Tucker. He is averaging 13.5 ppg on 56.3% shooting this series, including 7-of-14 from behind the arc. That, along with his defensive presence will be just what the Rockets need heading into Utah on Saturday.

If the Jazz have any chance of getting back in this series, they know that they have to start hitting shots and playing better defense on James Harden. Something that has put an enormous strain on point guard Rick Rubio who has been given the task to stop the 2018-19 NBA scoring leader. He is very aware that Houston starts and stops with Harden.

“It's hard but I’m not going to quit, and we are not going to quit,” Rubio told a room full of reporters after the game. “The guy (Harden) scores 36 points per game in the regular season and the last one to do that was probably Michael Jordan.”