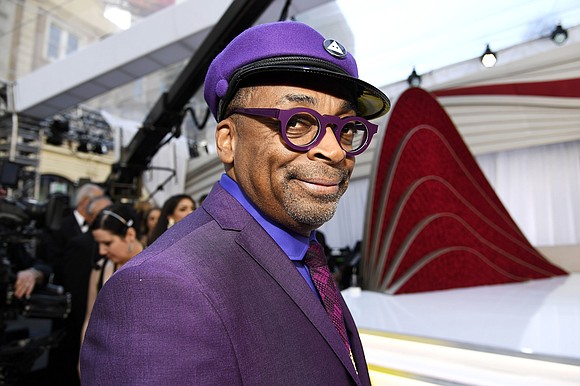 By the end of the ceremony, Lee would win for best adapted screenplay, lose in the best director category, and see his film snubbed in best picture category.

(CNN) -- Before Spike Lee became an Oscar winner on Sunday night, he had a prediction that now seems eerily prescient.

"All I know is, if things don't work out a certain type of way, black Twitter is going to be on fire," the director told CNN on the red carpet.

Oh, if Lee only knew how right he'd be.

By the end of the ceremony, Lee would win for best adapted screenplay, lose in the best director category, and see his film snubbed in best picture category.

Before the latter two results, Lee was in good spirits, having earned his first-ever Oscar for best adapted screenplay for "BlacKkKlansman."

"BlacKkKlansman" tells the story of a black detective who, in addition to breaking down boundaries at his Colorado police department, infiltrates the KKK.

"Before the world tonight, I give praise for our ancestors who helped build this country," he said in his acceptance speech.

Heading into the ceremony, all eyes had been on Lee to pick up the best director award, but it ended up going to "Roma" director Alfonso Cuarón.

If Lee had won, he would have been the first black filmmaker to earn the honor in the event's 91-year history. Only six black directors have been nominated in the category.

In the best picture competition, "BlackKklansman" lost to controversy-plagued "Green Book," which has been blasted by some critics for advancing the so-called "white savior" narrative.

Not since 1998, when his documentary feature "4 Little Girls" was nominated, has one of Lee's films been in the running for an Oscar.

In 2016, Lee was the recipient of an honorary award, which was his first Oscar statue, but considering his body of work, his lack of recognition in the directing category has long been thought of as a great oversight.

"Do the Right Thing," which this year celebrates its 30th anniversary, was Lee's first Oscar-nominated film but not for best picture, a snub that earned the Academy criticism at the time. That year, "Driving Miss Daisy" won best picture.

There had been concern from those who saw Lee's accolades as overdue that this year might produce similarly disappointing results, but Lee told CNN recently it was "out of my hands."

"I'm telling people now, win or lose, 'BlacKkKlansman' will be on the right side of history," he said.

Lee ended his speech on Sunday with a call to action.

"If we all connect with our ancestors, we will have love, wisdom, we will regain our humanity. It will be a powerful moment. The 2020 presidential election is around the corner. Let's all mobilize. Let's all be on the right side of history," he said. "Make the moral choice between love versus hate. Let's do the right thing! You know I had to get that in there!"