What Do African Americans Want?

As the presidential primaries heat up, African American voters are suddenly in demand. Democratic candidates vie to gain support in what is a key constituency in the Democratic Party. Donald Trump's re-election campaign says it's planning a special appeal to Black voters, arguing that if Trump could simply reduce the staggering margins against him, it would have dramatic effect. We know what the candidates want. The obvious question is what do African Americans want?

This isn't complicated. African Americans still have on average lower incomes and less wealth than whites. We are less able to afford adequate housing, quality health care and a college education. We are more likely to suffer from gun violence. We still experience the entrenched biases of structural racism from the criminal justice system, the banks, the insurance companies among others. More of us still face obstacles that infringe on our constitutional right to vote, from felony disenfranchisement to race-based gerrymandering and more.

In sum, in large numbers, African Americans think that wages are too damn low, housing and health care too damn expensive, fairness and equal protection too damn rare. 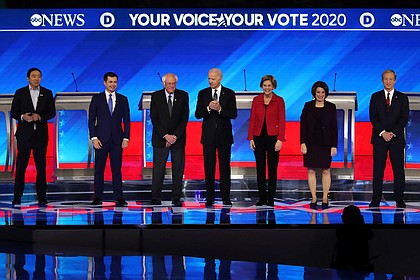 A recent survey of 31,000 African Americans sponsored by the Black Future's Lab confirmed this reality, and the largescale support for a reform agenda that directly addresses it. By overwhelming margins, African Americans support raising the minimum wage to $15 an hour. They support making college affordable. Nine in 10 think government should provide quality health care and affordable housing to all. There's overwhelming support for government to guarantee a job to all who need it, and to address the gap between rich and poor. African Americans support ensuring that the rich and corporations pay their fair share of taxes.

Trump boasts that he has a special appeal to black voters, pointing to the economy with low unemployment and a soaring stock market. But this is a hard sell, to say the least. While the stock market is going through the roof, too many African Americans are falling through the floor. Jobs are available but don't pay wages that can support a family. And Trump and Republicans block even a vote on the House-passed bill to raise the minimum wage.

Trump boasts of his support for Historically Black Colleges and Universities. But college is still priced out of the reach of most, and Trump opposes the call for tuition-free college. Trump mocks Medicare-for-all and tries to repeal the Affordable Care Act. He calls for slashing funds for Medicare and food stamps. He has rolled back efforts to clean up police forces and to counter police violence toward African Americans. Trump and Republicans seek to make it harder for people of color to vote. They block any progress on limiting gun violence. Their tax cuts benefit the rich and the corporations and have made inequality worse, not better.

But Democrats can't inherit the black vote. Joe Biden is finding that his support for mass incarceration legislation costs votes. Pete Buttigieg is discovering that the opposition of black leaders in his own city amid failure to reform the police costs at the national level. Bernie Sanders and Elizabeth Warren are learning that relationships in the black community have to be built over time, not simply forged by championing bold economic reforms.

What's striking about the appeal to African American voters is that, if realized, their agenda would pay dividends to everyone. More whites than blacks would benefit from raising the minimum wage, providing quality health care, and affordable housing and education. Gun violence is a threat to all, not simply a threat to blacks. Equal justice under the law aids not only African Americans, but women, all minorities, the LGBTQ community, and the young.

In 2020, African Americans will vote in large numbers. Trump will spend hundreds of millions seeking to woo them. Democratic leaders should spend energy and time listening to them and championing their cause, which is the cause of a majority of Americans.