The Stars At Night Are Big And Bright 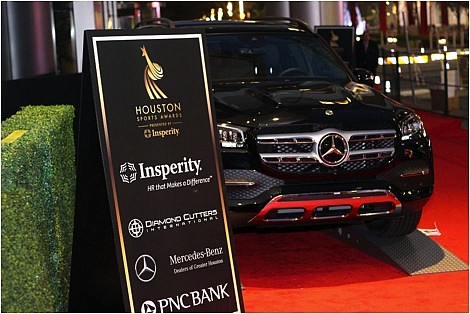 On a cold and breezy night, some of Houston’s elite came out to heat up the red carpet as the third annual Houston Sports Awards were held in downtown Houston. Many great athletes such as Oilers legend Warren Moon, Olympic Gold medalist Simone Biles, University of Texas legend Vince Young and many others were in attendance. Also attending the event were Houston’s rap royalty Bun-B, Slim Thug, and Paul Wall.

HSA dubbed this year’s ceremony as the “Golden Era” in honor of Track and Field icon Carl Lewis, Gymnast Mary Lou Retton and former Rockets head coach Rudy Tomjanovich who led the team to back-to-back NBA titles. All three were inducted into the Houston Sports Hall of Fame. 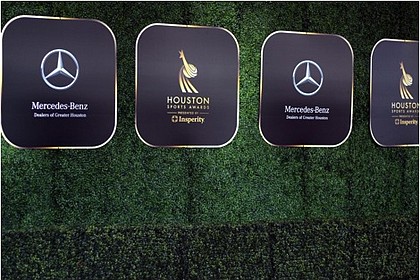 Dallas Cowboys owner Jerry Jones made the trip up 45 South to present the Lifetime Achievement Award to the late Texans owner, Bob McNair. Cal McNair accepted the award for the family.

“I’ve cried two times in Houston,” said Jones. “Bob caused them both. I cried the night his beloved Houston Texans strapped it on the Dallas Cowboys butt in 2002 and. of course. at his memorial."

Houston Astros owner Jim Crane won the Executive of the Year award and was in a very upbeat mood despite some of the recent adversity that has plagued his Astros team. A couple a weeks ago Major League Baseball handed down suspensions, fines, and loss of draft picks from a 2017 sign-stealing scandal that eventually cost general manager Jeff Lunhow and manager A.J. Hinch their jobs. Crane spoke with the media on Tuesday to address some of the recent interviews given by a couple of players at the Fan Fest event held at Minute Maid Park this past Saturday.

"A couple of guys that have been interviewed, they’ve been holding back a little,” said Crane. “We need to get them a little more time to get together in spring training.”

Also, in attendance was Houston Texans linebacker, Whitney Mercilus who won the Sportsmanship award. Mercilus was extremely proud to win the award on behalf of his work with his foundation, “Mercilus With me” who serves children with disabilities. 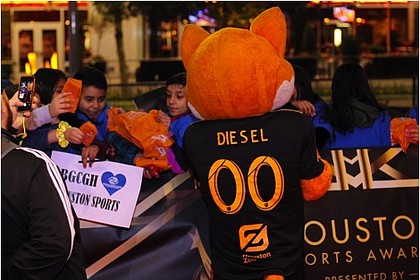 Athlete of the Year

College Athlete of the Year

Coach of the Year

High School Athlete of the Year

Moment of the Year

“I’m very, very lucky to have the best teammates in the world,” Altuve said in his acceptance speech. “That means a lot to me.”