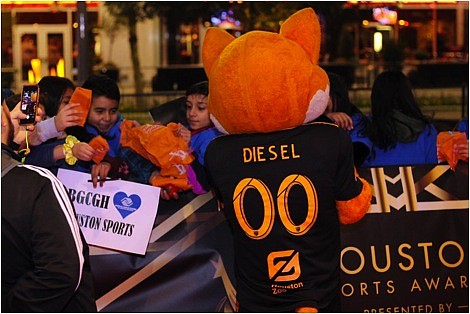 The Stars At Night Are Big And Bright

On a cold and breezy night, some of Houston’s elite came out to heat up the red carpet as the third annual Houston Sports Awards were held in downtown Houston. Many great athletes such as Oilers legend Warren Moon, Olympic Gold medalist Simone Biles, University of Texas legend Vince Young and many others were in attendance. Also attending the event were Houston’s rap royalty Bun-B, Slim Thug, and Paul Wall.