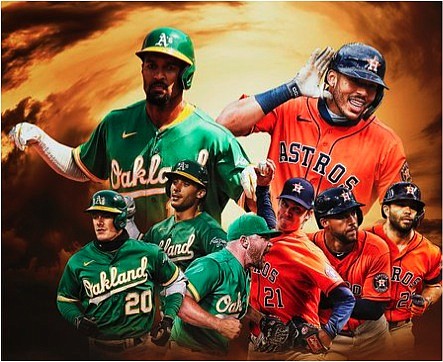 I don’t think Major League Baseball could have scripted the American League Division Series matchup between the Houston Astros and the Oakland A’s even if they tried as hard as they could. No matter what the schedule looked like towards the end of the season, this matchup was not in the cards. But it’s definitely something that the MLB will promote as much as they can to baseball fans to build the postseason drama.

It is no secret that these two teams do not see eye to eye at all. Yes. I said and meant, “At All!”

For the Oakland A’s, they feel like it’s time for a passing of the baton from the Astros to them as the best team in the American League West. For the Houston Astros, a team playing in their fourth consecutive ALDS, they know that they have been the best team in the division from 2017 through 2019 and had it not been for a rash of injuries to star players such as Justin Verlander, Roberto Osuna, and Yordan Alvarez, they feel like they would have been right back at the top of the division.

The drama goes deeper than just two good teams lining up against each other. No, these teams have unique situations that causes the bad blood between them and if you expect everything to go away when the series starts on Monday at Dodgers Stadium then maybe I need to drop a couple of friendly reminders into your memory bank.

Former Astros pitcher Mike Fiers made huge headlines when he blew the whistle on the sophisticated use of technology Houston developed to steal signs during their World Series Championship run in 2017. After a lengthy investigation, MLB punished the Astros by taking their first and second round picks in the 2020 and 2021 MLB Drafts. Houston was also fined $5 million and general manager Jeff Lunhow and manager AJ Hinch was suspended without pay for the 2020 season. Once the punishment was announced, Astros owner Jim Crane held a press conference at Minute Maid Park to inform the media that he had fired both Lunhow and Hinch.

“I have higher standards for the city and the franchise, and I am going above and beyond MLB's penalty,” said Crane. “We need to move forward with a clean slate, and the Astros will become a stronger organization because of this today. You can be confident that we will always do the right thing and will not have this happen again on my watch.”

That all happened before Spring Training and the Astros players had to hear all the criticism from the fans, sports media, and current players hurled towards them through social media and at the training facility in Florida before it was shut down due to COVID-19 related issues. Even former Astros players went on record apologizing for their part in the scandal.

Fiers avoided the Astros during the regular season meetings between the clubs but may not be so lucky given the expeditious nature this series will take with five games in five days.

If facing the guy who blew the whistle on them wasn’t enough motivation, Houston will also have Aug. 9 of this year stuck in the back of their minds as well. Both clubs cleared the bench after A’s outfielder Ramon Laureano was hit by a pitch and he took exception to it since it was the second time he had been hit in the game. As he headed towards first, he let the Houston dugout know in not so many kind words that he didn’t like the actions of their pitchers. An ensuing shouting match between him and Astros hitting coach Alex Cintron led a charge by Laureano towards the Astros dugout where he was stopped by catcher Dustin Garneau.

MLB would later suspend Laureano for six games, but the MLB Players Union got it reduced to four and Cintron served all of the 20-game punishment he was given as they tagged him as the instigator of the entire situation. 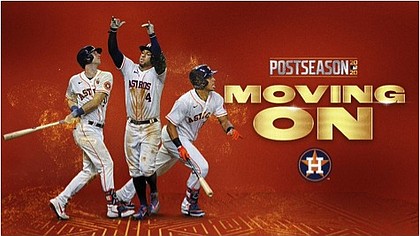 Add a 3-7 record against the A’s and the Astros have all the motivation they need to win this series and become the first team to advance to the ALCS with a losing regular season record.

Houston was able to pull off the underdog role in the AL Wild Card Series before sweeping the Minnesota Twins who had the best home record in baseball this season. Now let’s see if they can rekindle that magic in familiar territory that they had in 2017 when they won four games to become champions.