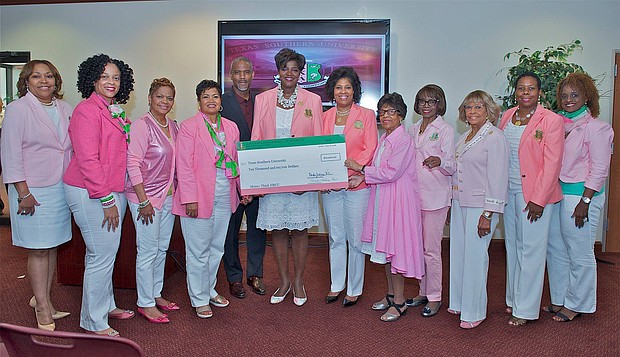 Alpha Kappa Alpha Sorority, Incorporated is historically known for its support of higher education through the awarding of scholarships and charitable donations to educational entities. Prairie View A&M University and Texas Southern University were recent beneficiaries of that generosity when the sorority presented a $10,000 check to each institution as part of its international program theme “Launching New Dimensions of Service (LNDS).”