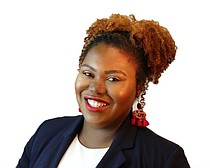 Bell released her website July 2013 with a piece on how Jay-Z (Music Mogul and Businessman) utilized social media. That piece was featured on Houston Style Magazine website and the rest is history.

TotallyRandie is Randomness Personified! As a lifestyle blog it’s defined as a Naturalista, Foodie, Sports Chick, Houstonian, Travel Junkie, Fashion Amateur, Art Geek, Fitness wannabe, and anything else you can think of. As a media personality, Bell host, curates, report, writes, and serve as an ambassador for a couple of products as well as various non-profits.

Bell is a feature writer and reporter for Houston Style Magazine.

Bell released her website July 2013 with a piece on how Jay-Z (Music Mogul and Businessman) utilized social media. That piece was featured on Houston Style Magazine website and the rest is history.

TotallyRandie is Randomness Personified! As a lifestyle blog it’s defined as a Naturalista, Foodie, Sports Chick, Houstonian, Travel Junkie, Fashion Amateur, Art Geek, Fitness wannabe, and anything else you can think of. As a media personality, Bell host, curates, report, writes, and serve as an ambassador for a couple of products as well as various non-profits.

Bell is a feature writer and reporter for Houston Style Magazine.

Even if you haven’t been listening to the Joe Budden Podcast, if you were on social media a while back you heard his comment about the men in R&B. On an episode of “The Joe Budden Podcast”, Budden said that he believes all the new generation male R&B artists are “trash.”

All congregations of Jehovah’s Witnesses across the world are being encouraged to begin holding in-person meetings during the week of April 1.

One Year Without Knocking

March 2021 not only brought back a plethora of bitter and sweet memories, it also reminded us that life as we know it had changed for the foreseeable future, and for some, life changed forever. One thing that you may have noticed, is the absence of a knock on your door by a familiar group.

READY TO LOVE: Fall In Love With Just Gritz

Ready to Love season 4 returned to Houston for round 2 with a couple of familiar Houston faces. Host Thomas “Nephew Tommy” Miles returned for the 4th year as host but not with a “couple” of surprises. His wife Jacquline Miles joined him for the premier and Twitter went wild, hoping that she will stay on to give a woman’s perspective.

The Whispers Of Women’s History Month

As we close out Women’s History Month, I take a moment to re- flect not only on all the history that is being made this year alone but also the last 10 years. While I am still in semi-quarantine, I have been binge-watching shows that I absolutely love like The Walking Dead and there is an episode where Eugene (Google him) decides he is going to help fight for the first time and he makes a statement that is quite familiar with many shows like this, he says “ This is what they are going to write about.” That made me think of what I like to call Whisperers of Women’s History.

We all can agree that 2020 has been a year many of us did not expect to ever experience in our lives. If we can feel that way as adults imagine what kids are feeling. The holidays are right around the corner and regardless if you celebrate or not, we know that they will not look the same for many. Instead of popular toys like bikes, video games, dolls, and electronic gadgets topping children's Christmas list, many kids have written letters asking "Santa" for money to pay bills, food to eat, and a place to stay. Well, Houston native, educator, and entrepreneur, Dr. Lakeisha Menifee, affectionately known as "Dr. Kiki" decided to bring some much-needed holiday cheer to the city's communities hit hardest by the pandemic.

The City of Houston is returning to reality TV this Friday on the OWN Network via season 3 of Ready to Love. The hit dating show chose 20 Houston singles, including Majic 102’s Quiet Storm voice, Kris “KG Smooth” Green, to quarantine on a resort in search for love. We got a chance to sit down with the native Houstonian and host of the show, Thomas “Nephew Tommy” Miles and KG Smooth, to exclusively discuss casting, filming, and love in the time of corona!

Finding Ways to Say Goodbye in An Honorable Fashion

It’s our new normal for the unforeseeable future, standing in lines outside of grocery stores, wearing masks and gloves are now part of our daily attire, and minds are flooded with all-things coronavirus related as it is the top news story on every channel. A large population of the world is quarantined inside doing TikTok challenges, working from home, working out, stress eating, finding new hobbies, sleeping the days away, teaching their children, and worrying if they will run out of money. People are losing jobs, 401ks, and tens of thousands are being infected every other day.

March is National Women’s History Month. It encourages us to honor the women who came before us and fought for equality among all races and genders. Hundreds of women have paved the way and continue to pave the way for millions of women today. They simply pass the torch to the next woman.

The Tate Brothers: A Power Team

WHO SHOT GHOST? Wasn’t the question that was being asked when episode 614 premiered. The questions were surrounding Councilman Rashad Tate and the actor who plays him, Larenz Tate. I scrolled Twitter as #Tate was the #1 trending topic in the world, and I saw everything from “who is Larenz Tate” to “OMG his brother in the show is actually his REAL brother”. But the best quote I saw came from a fan that read: