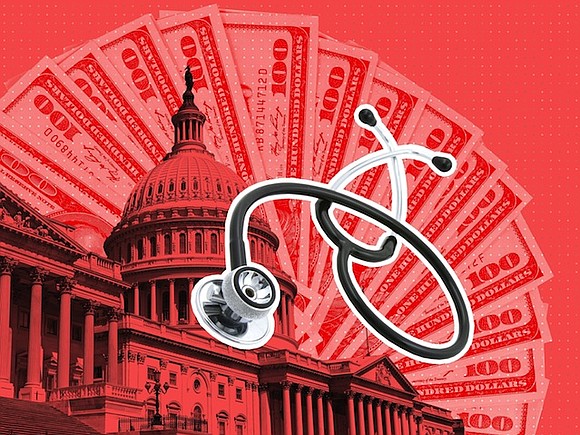 The first order of business: senators will consider as an amendment an Obamacare repeal bill -- without an immediate replacement -- that Congress passed in 2015 and was vetoed by former President Barack Obama.

That proposal would significantly gut the Affordable Care Act by repealing its unpopular individual and employer mandates, ending Medicaid expansion and rolling back a slew of the law's taxes. The repeal would not go into effect for two years -- a "transition period" during which Republicans would draft a replacement plan.

The Congressional Budget Office estimates the proposal would result 32 million more uninsured over the next decade. Three-quarters of the nation would live in areas with no insurers participating in the individual market by 2026, CBO said, leaving many without an option if they do not have employer-provided or government health insurance, such as Medicare or Medicaid.

Back in 2015, the passage of that bill was largely viewed as a political messaging exercise: GOP lawmakers were keenly aware that Obama would not sign it into law.

But now, with Republican President Donald Trump in the White House and ready to sign a bill, the stakes are real -- as are the realities of voting to repeal the current health care law without a replacement in place.

When Senate Majority Leader Mitch McConnell suggested voting on the 2015 repeal bill last week, the idea drew swift pushback from his own colleagues. The amendment is not expected to pass on Wednesday, and its failure will once again help crystalize the new reality for Republicans: more than seven years after the enactment of Obamacare, there is growing recognition within the GOP that a straight repeal of the law is not viable.

The goal for McConnell at the moment is to find a way to get 50 Republicans to back a final bill -- whatever it looks like.

As with the full repeal without immediate replacement vote, the GOP leadership is getting a sense of where their members are on various proposals, as well as testing out revised language with the parliamentarian on things like the Planned Parenthood defunding provision.

If McConnell can get 50 votes, he can bring the repeal/replace bill to conference with the House. That's why the emergence of the "skinny repeal" option Tuesday is noteworthy -- a scaled back version of repeal that would knock out the Obamacare mandates and some of the taxes. In no way would Republicans want something like to that to become law in isolation. But it may become an option just to get something across the finish line. Then they would hammer out details of a full repeal and replace proposal in the conference with the House.

CNN's Tami Luhby and Phil Mattingly contributed to this report.