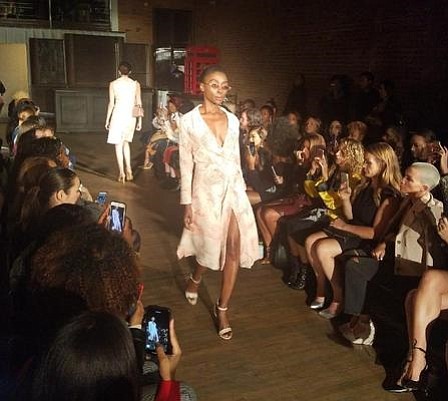 Model/preacher Lekesha Barnett steps out of the pulpit onto the runway in her debut at this year’s New York Fashion Week. Known to the 12,000 members of Wheeler Avenue Baptist Church in Houston where she is Minister of Young Adults and Prayer as Reverend Barnett, this up and coming model is breaking stereotypes in more ways than one. Barnett model for the first time in college and in some other charity shows. She was dubbed online as the #modelpreacher. While Latin dancing she was eventually discovered by Houston designer Travis Hamilton. He put her on the runways in New York. However, Barnett hasn’t forsaken the pulpit for the runway at all. This 40-something-year-old minister is intertwining faith with fashion. Since New York Fashion week Barnett has been connected with other national designers with plans to return to New York Fashion Week in 2019.