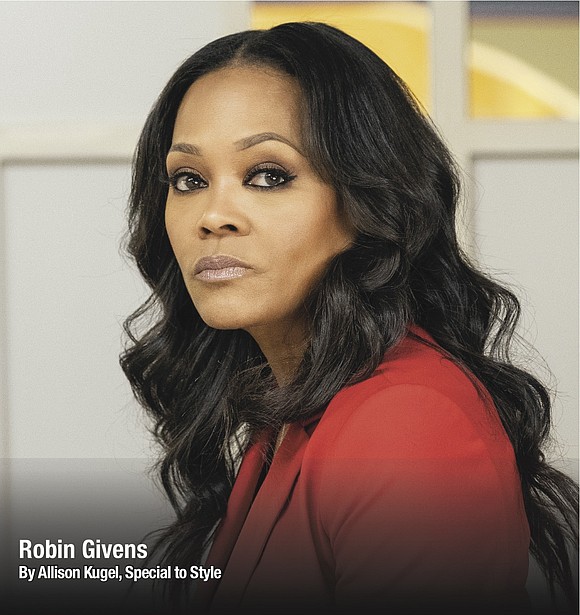 Robin Givens: I don't know Elisabeth and I don't know her story so well, but for me, it wasn't only taking a break to raise my kids. It was also a break for myself. It's true that you feel like you are going to maintain your place in line; like everything is going to stop and wait for you. I had to realize that it's a process again. You have to enjoy the process and begin again, and I really fell in love with acting again. When I first started acting, it wasn't really like that. Now I can go in a room and act and do my thing and enjoy the process for what it is. Water seeks its own level. If you're good, you're good, and it all kind of begins again.

Allison Kugel: Your new show, Ambitions is premiering June 18th on the OWN Network. It seems like Oprah has always championed your career. Even when the chips were down, she was a champion for your career. You worked with her as an actress, and you were also on the Oprah show quite a bit over the years.

Robin Givens: I feel like at one point we were just friends. We did do [the mini-series] The Women of Brewster Place (1989) together, which was a huge role for me. She and I developed a genuine friendship, just as women. I don't think it had anything to do with my career, per se. I do think that there is something to it coming full circle and being here with her now, doing this show on her network.

Allison Kugel: Do these vixen roles find you, or do you seek them out? How do you always wind up playing that woman? I don't know how else to put it (laughs).

Robin Givens: (Laughs) You're right. There was a time when I was having these roles come to me and I remember saying to my agent, "I don't want to do that women. I just did that woman." I ended up turning something down because of it. I'm nothing like these women that I play, which is unusual and interesting for me. I always jokingly say, "I want to grow up and be them." Where I am now in my life, emotionally, it's like, "Okay, you want me to do that? Then I'm going to do it to death," and then wait for the opportunity where I can do something completely different.

Allison Kugel: Before I do an interview, I'll ask people if they have any burning questions for the person I'm about to interview, and sometimes I'll take people's questions into consideration. I found out that a lot of men out there think you are that woman. Do you know that?

Robin Givens: I think women think that too. I don't think it's only men. Whenever I'm in hair and makeup, they're always like, "My God, you are nothing like that person!" Me, Robin, I have a whole different rhythm.