HBRW: Serving Up Black Businesses as the Main Dish 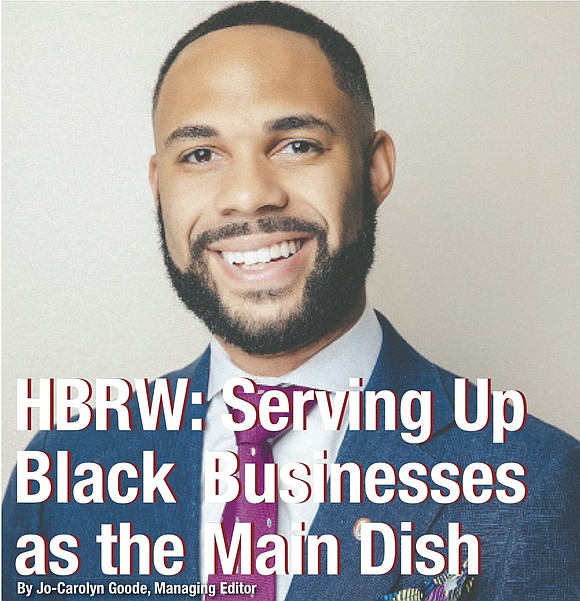 What to eat is a question that is becoming just as hard to answer as to where to eat. With the wide variety of offerings tempting our palates and the number of restaurants scattered throughout the city that question is increasingly more difficult to answer by the day. New restaurants are popping up everywhere with menus that blend cultures as well as taste, that it is a challenge to know about all the gems in our city. Oftentimes eateries can get lost in the shuffle and close their doors before they really had a chance to be in business. Houston Black Restaurant Week (HBRW) is changing that scope for the industry while boosting the Houston economy.

Houstonian Warren Luckett was born with the entrepreneurial spirit so his mind is always thinking of some idea to generate income. His very first business combined the love for reading and the sharing of his personal library. He laughed as he told me how he would resell the books his mother brought him after he read them. Throughout his life, Luckett has continued to follow his passion for creating business opportunities for himself and others leading him to the formation of HBRW.

“Houston does an amazing job at showcasing its diversity. And while we showcase our diversity and the city is really known for food, I wanted to bring them together and give our community an opportunity to have something that we could get behind that kind of showcased things that we love about the city,” explained Luckett.

Houston Black Restaurant Week invites diners to follow their fork to discover and support black-owned restaurants in the city while building up the local community during the week of April 17-30, 2017. Participating restaurants that highlight the African, Black American, and Caribbean cultures have designed prefixed menus at one of four price points with casual dining options ranging from $15-$25 and fine dining options ranging from $35-$45. All establishments have also agreed to donate 15% of all of their proceeds from HBRW to this year’s charity of choice, The Blue Triangle Community Center.

“Our goal is to rehabilitate their (Blue Triangle) commercial kitchen to allow other black caterers throughout the community to have an industry standard kitchen to come in and cook for their businesses.” Luckett continued, “It will also provide the community center with an additional stream of revenue.” This, of course, greatly pleases Charlotte Bryant, the center’s director, who has worked tirelessly to make the center one that is open and available for the entire community to enjoy and utilize.

This model of supporting the local community with culinary endeavors is one that has proven to be successful. Last year’s HBRW garnered over $50,000 for the Houston economy and raised over $6,000 for charity. The beneficiary organization in 2016 was Change Happens! An organization run by Rev. Leslie Smith that provides a variety of programs that empowers people to help themselves.

Helping people help themselves is the purpose behind HBRW as well. In the eyes of Luckett, black-owned businesses are oftentimes not as successful as others due to lack of capital and the opportunity to fail. “We have to create intuitions that look to service our financial needs that are willing to take risks based on ideas and accruements rather than skin tone,” said Luckett. Starting a business is hard and staying in businesses is even harder. Mistakes are inevitable. Sometimes businesses can recover from a mistake and keep their doors open but most times mistakes are so detrimental it causes a business to close their doors. “We don’t have as many opportunities to fail. We have to get it right the first time,” said Luckett.