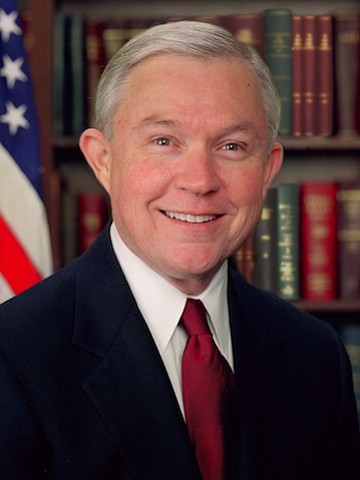 (CNN) -- Top Democrats plan to give Jeff Sessions a pass over new questions about his sworn testimony before Congress, fearing that publicly attacking the attorney general could give President Donald Trump a new reason to fire him and install a loyalist to oversee the Russia investigation.

Sessions told the House Judiciary Committee last year that "I pushed back" in 2016 when former Trump foreign policy adviser George Papadopoulos proposed setting up a meeting between Trump and Russian President Vladimir Putin. But Papadopoulos' attorney, in a court filing this month, said that Sessions "stated that the campaign should look into" a Putin-Trump meeting -- something that Papadopoulos himself reiterated in media interviews over the last few days.

But Democrats, so far, are reticent about raising a fuss over the discrepancy -- even though they strongly oppose Sessions' tenure atop the Justice Department. Democrats say they want Sessions to remain in the job because he is recused from special counsel Robert Mueller's investigation, which Deputy Attorney General Rod Rosenstein is overseeing. A new attorney general could take the reins and potentially curtail the Mueller probe -- or deny Mueller's report on the probe from ever being released to the public, they fear.

New York Rep. Jerrold Nadler, the top Democrat on the House Judiciary Committee who questioned Sessions about the meeting last year, told CNN that "right now, I don't think we want to do anything" about Sessions, worried that a new attorney general could put Mueller's report "in a safe" to deny making it public.

"We can't say that out loud too much, but we have to, we want him there -- for the time being at least," Nadler said.

The comments underscore the highly unusual situation Sessions has found himself in on Capitol Hill. Democrats, who detest his staunchly conservative views particularly on immigration policy, are eager to keep him in the post, while Trump and his GOP allies are actively trying to undercut him. A spokeswoman for House Judiciary Chairman Bob Goodlatte, a Virginia Republican, did not respond to a request for comment about Sessions

Trump has consistently attacked and belittled his attorney general over Sessions' decision to recuse himself because the Russia investigation involves the Trump campaign, of which Sessions was a top surrogate. Trump has bluntly said that he chose Sessions for the job because he thought he would be loyal and has strongly suggested he may fire the attorney general after the midterm elections.

"The Democrats, none of whom voted for Jeff Sessions, must love him now," Trump tweeted earlier this month.

Sessions was confirmed last year on a narrow 52-47 vote -- with Sen. Joe Manchin of West Virginia as the only Democrat to support him. After it was revealed he had conversations with then-Russian Ambassador Sergey Kislyak during the 2016 campaign, which he did not disclose during his confirmation proceedings, Senate Minority Leader Chuck Schumer and other Democrats demanded his immediate resignation.