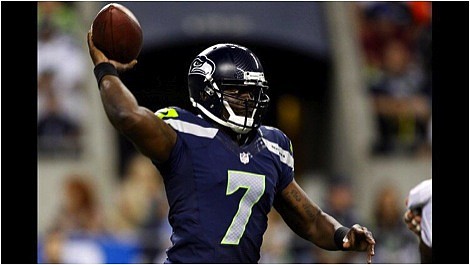 Former NFL quarterback Tarvaris Jackson died at the age of 36 in single-car accident after his vehicle struck a tree Sunday night in Alabama.

Jackson was a three-year starter at Alabama State University where he led the Hornets to 2 Southwestern Athletic Conference (SWAC) Championship Games in back to back years (2003, 2004). The Hornets were crowned champions in the 04' season and Jackson was named SWAC Championship MVP of that game.

The Minnesota Vikings selected Jackson with the 64th overall pick in the second round of the 2006 NFL Draft after trading two 3rd round picks to move up to get what Vikings coach Brad Childress called, “a diamond in the rough” quarterback of the future. He played five seasons in Minnesota before spending the next two seasons with the Seattle Seahawks and Buffalo Bills.

Jackson was brought back to the Seahawks for a second stint to backup quarterback Russell Wilson in 2013 where he became the first backup in over 13 years to receive playing time in a Super Bowl game. He finished the waning moments of a 43-8 blowout of the Denver Broncos in Super Bowl XLVIII.

“It was cool to get in, but it was more so for my kids and everybody in my family,” said Jackson after the game.

After his playing days were over, Jackson entered into the college football coaching ranks as a graduate assistant at Alabama State under current head coach Donald Hill-Ely before being named quarterbacks coach at Tennessee State University.