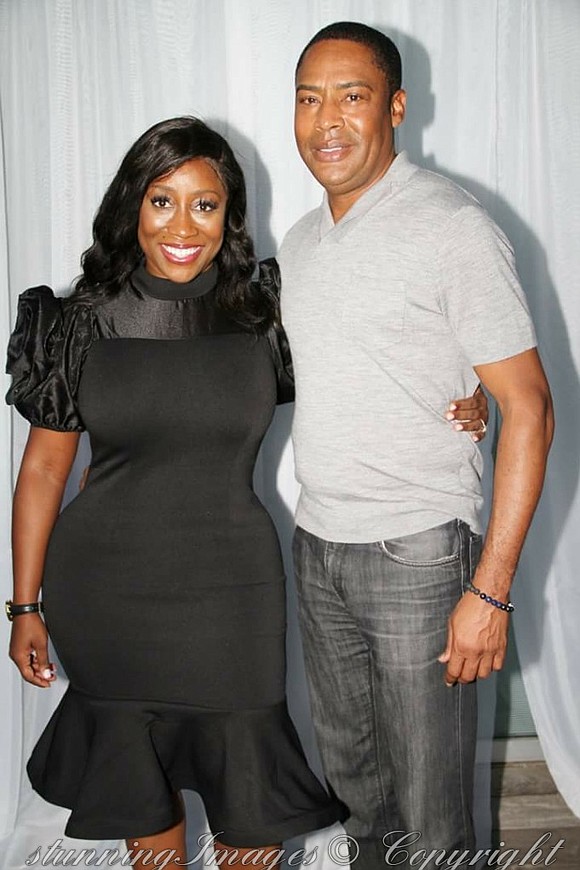 HOUSTON, Texas – Over eight thousand people attended the 3rd annual Houston Black Heritage Festival presented by Ebony Magazine. Grammy award winning artist Tamia set the stage on fire alongside Elle Varner, and every girls dream performer the ever so “smooth” Eric Benet. This year’s festival served as an uplifting evening for the city of Houston after the aftermath of Hurricane Harvey. Eric Benet gracefully gave words of encouragement as he embraced the crowd with resilience and compassion. This years host and emcee was non other than The Session Talk Show Host, Kia Renee! 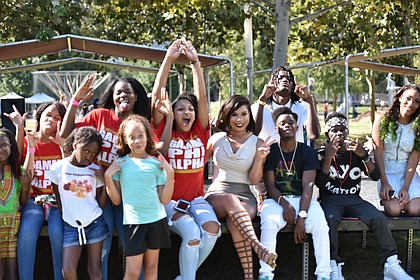 Founder Richard Andrews commended, “I would like to thank some very influential people who stepped in to partner with us. First, Willard Jackson, and Linda Rice of Ebony are two amazing people who saw a need to help heal the community in the wake of Harvey. I am really grateful and honored for the partnership. Also, Thanks to Mr. Darryl King for stepping in and mentoring me and single handedly helping getting this event off the ground. Compassion International played a huge role as one of our major sponsors and presented our Gospel Celebration. I wanted to utilize our platform this year to celebrate the remarkable spirit of our strong and resilient African American community.” 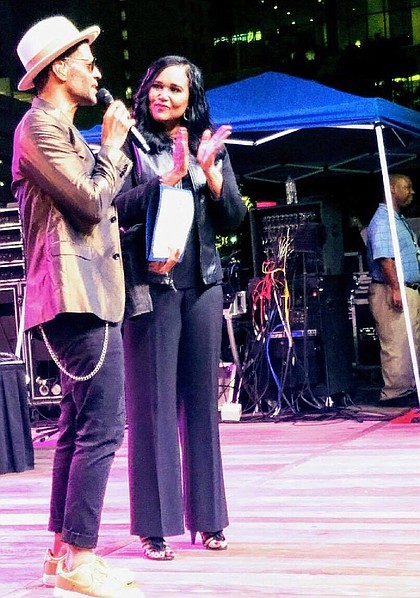 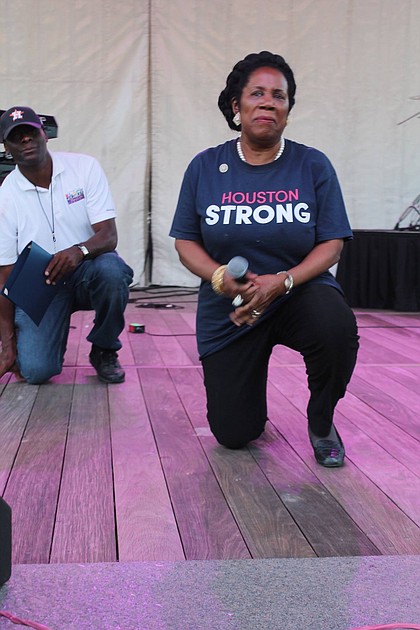 Congresswoman Sheila Jackson Lee commended Houston Black Heritage Festival founder Richard Andrews while addressing the crowd stating, “Many believed the festival should have been canceled due to Hurricane Harvey, but Richard thank you for giving back, and providing Houston with such an uplifting event!” Congresswoman Lee added “I love the vision Richard (Founder of the Houston Black Heritage Festival) has, this festival will soon be the largest jazz and cultural family event birth from Houston that will capture the nation. The Houston Black Heritage Festival growth and impact on the Houston Community is simply outstanding.” Before leaving the stage, Congresswoman Lee took a knee inciting the crowd of thousands as she expressed her solidarity to the many african american NFL supporters and the spirit of black culture.

The ambiance of the evening was set in prelude to the youth zone and vendors market. Hundreds of vendor and food trucks provided attendees with a day of shopping, eating and performances in the free youth zone. Harris county also provided free health screenings along with free games and activities from the youth.

The Houston Black Heritage Festival has become one of the most sought after annual events in the state of Texas for music lovers, business owners, entertainment stars, community leaders, members of media and for children of all ages. Over the past three years, the event has garnered millions of social media impressions. This year was no different, as the event trended across all social media platforms. It was a stellar show and next year will be even bigger and better.