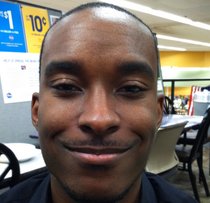 Born in Houston, Texas, Brandon Caldwell has written for numerous publications including the Village Voice, the Houston Press, About, DJBooth, Refined Hype and more. He’s also the Editor-in-Chief of dayandadream.com and a student at the University of Houston seeking a BA in Journalism. He currently resides in Houston.

Born in Houston, Texas, Brandon Caldwell has written for numerous publications including the Village Voice, the Houston Press, About, DJBooth, Refined Hype and more. He’s also the Editor-in-Chief of dayandadream.com and a student at the University of Houston seeking a BA in Journalism. He currently resides in Houston.

The Girl From Oakland, California Made a Difference

The girl from Oakland, California made a difference. Every space, arena and conversation Cecilia Austin entered into, she would scan to see who to speak to before alerting the world of her presence. She would flash an imperfect smile but behind it would be something no dentist could align properly, something no one could judge but instead embrace: heart.

House Democrats have subpoenaed documents from Rudy Giuliani as they press forward with the Trump impeachment inquiry.

The main selling point of superhero films, whether they belong to the DC or Marvel Universes are stakes. Most of then end up with a villain who wants to take over the world, via some malevolent force or action.

Miguel, at his core, is a rock star wrapped in an R&B singer’s silhouette. When he’s on stage, as he was Tuesday night at Warehouse Live, all eyes were on him. There were strategic lighting placements and rigs to give off more of a show, but the “Adorn” singer couldn’t help himself. There were wardrobe changes; he slid out of his leather jacket to sport different fashionable T-shirts and ultimately serenaded a sold-out crowd with a steady diet of sexually charged bedroom bangers and funk-R&B songs.

With civil rights icon Rep. John Lewis (D-GA) in attendance, a townhall on criminal justice reform Wednesday became the center for a larger discussion about one of the more troubling civil issues facing America currently.

Shea Serrano’s Life Story Is Set to Come to ABC

The New York Times best-selling author of ‘The Rap Year Book: The Most Important Rap Song From Every Year Since 1979, Discussed, Debated, and Deconstructed’ and ‘Basketball (and Other Things): A Collection of Questions Asked, Answered, Illustrated’ is set to pen a pilot to an upcoming ABC comedy helmed by ‘Parks And Recreation’ creator Mike Schur. The premise for the single-camera comedy focuses on Serrano’s childhood in San Antonio where his five uncles all had varying perspectives on manhood.

Cricket Wireless and Trae Tha Truth teamed up to continue relief efforts in the Houston-area following the devastation of Hurricane Harvey. The wireless provider and legendary Houston rapper’s Angels By Nature foundation helped deliver mattresses to families across the city.

"Marshall" Is A Measured, Solid Biopic

The parallels between the American justice system of say the late 1940s and today aren’t so much different, especially with matters of race. Even as more crime procedurals hit television, real-life has shaped our beliefs of the justice system and a fair deal. Hollywood also knows this. It’s also figured out a way to navigate the space of telling good to great biopics in the same time frame. In “Marshall,” the story of the first African-American Supreme Court Justice and arbiter of the Civil Rights Movement doesn’t roll out a point A-to-B story, or even rundown his life’s work like the re-telling of a Wikipedia page. Instead, the latest Chadwick Boseman starring biopic centers around one of the first significant cases he argued and won.

Standing with Jemele Hill Is Standing On The Side of Right

Two weeks ago, Jemele Hill became the most famous, or somewhat infamous sports-media personality in America.